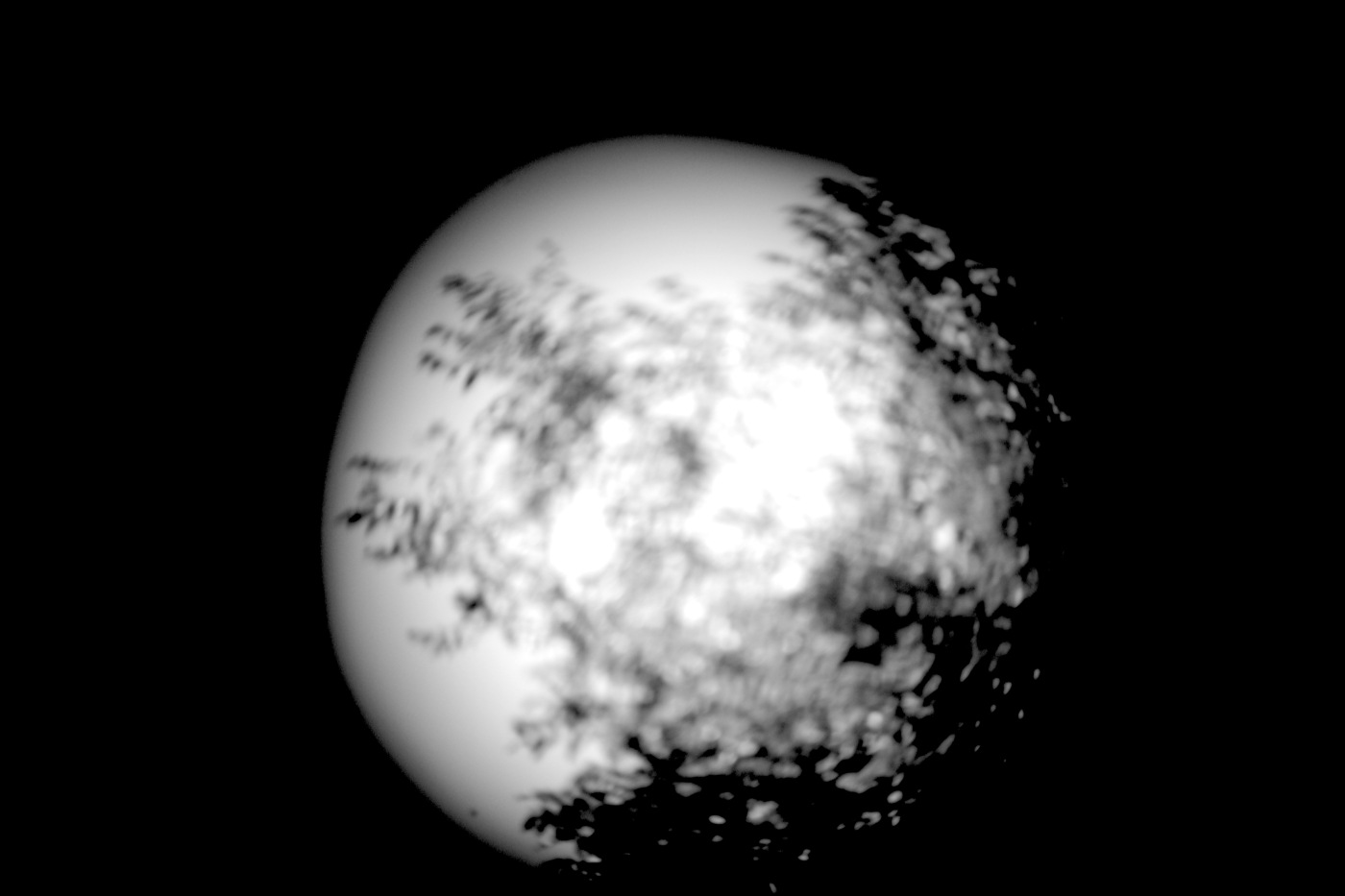 Sunday 16th and then every Saturday and Sunday until 13th November, 10-4pm

The installation will open on Saturday 15th October at 630pm as part of the Lightworks new media festival. The next day, Lost & Found will open at 10am, and then every Saturday and Sunday at the same times, until Sunday 13th November.

The installation can be viewed on weekdays by appointment, schools and college parties welcome.

If arriving by car, please use one of the nearby car parks for convenience – there is very little parking on site and there are some residents still in the flats.

There is a car park on Thesiger Street, opposite Albert St East which costs £1.20, and a council car park on Garibaldi St.

We are a half-hour walk from the train station and the No 3 bus will take you to Freeman St market from Grimsby. Please check details before setting out. 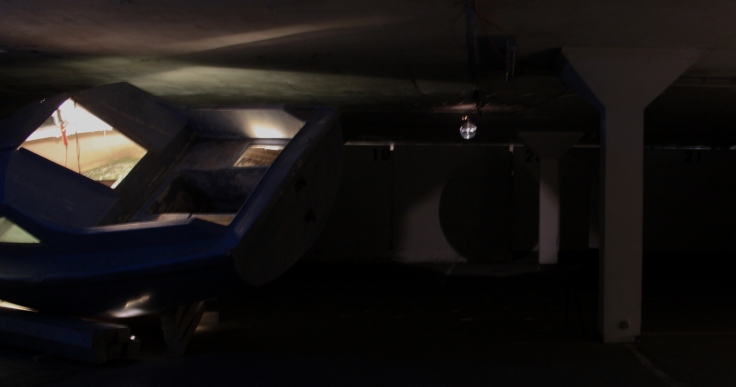 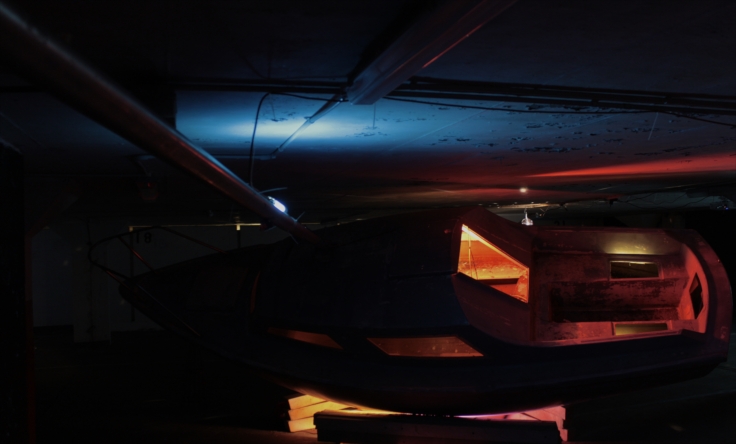 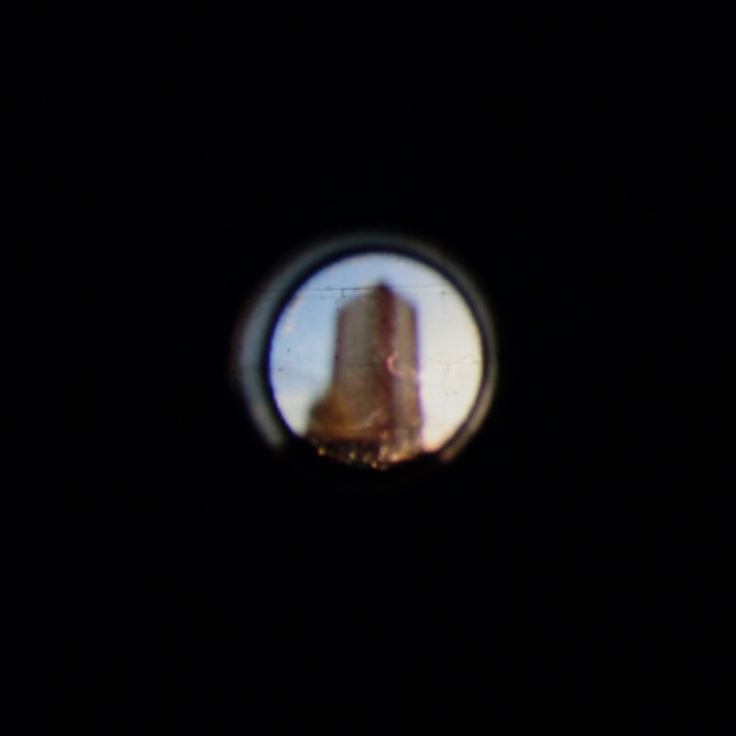 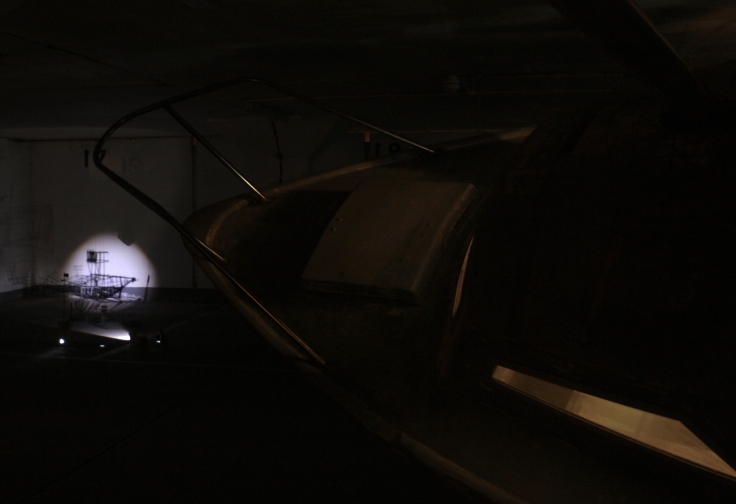 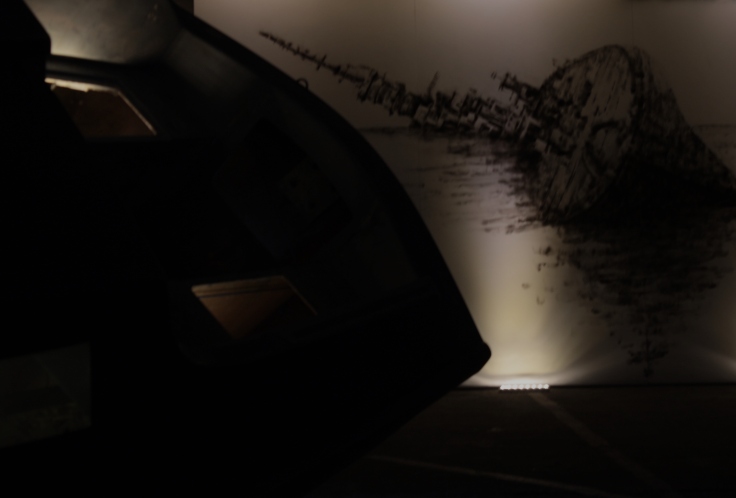 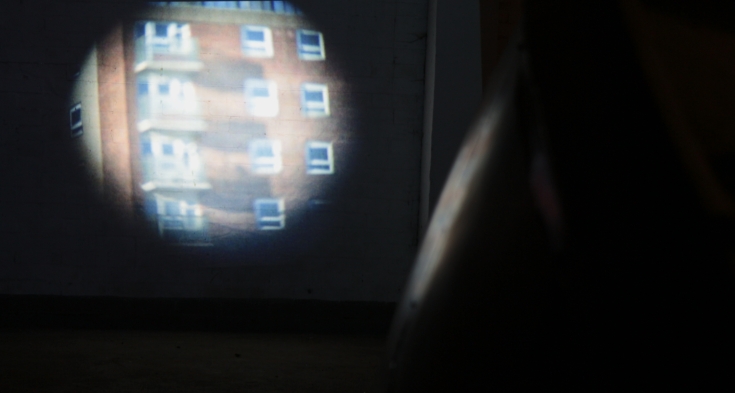 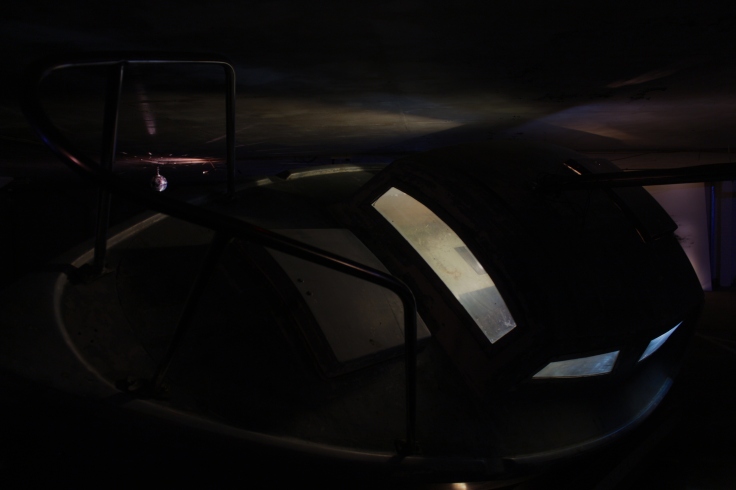 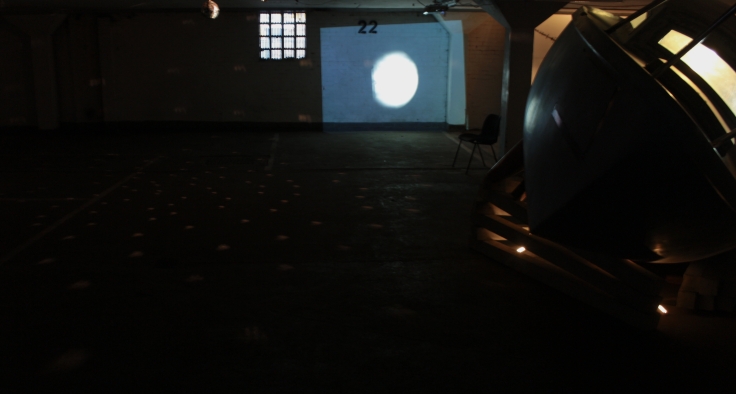 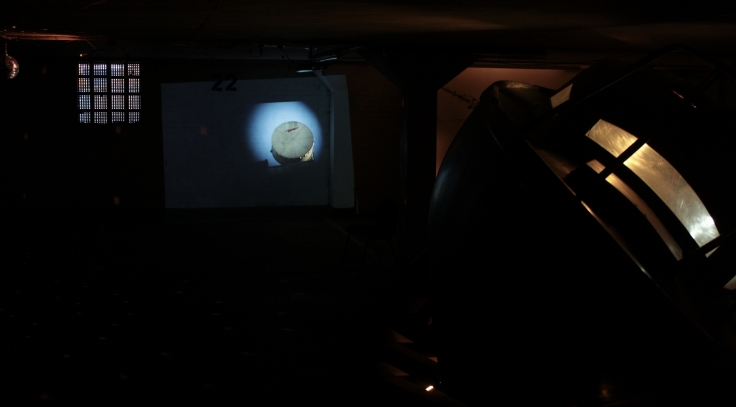 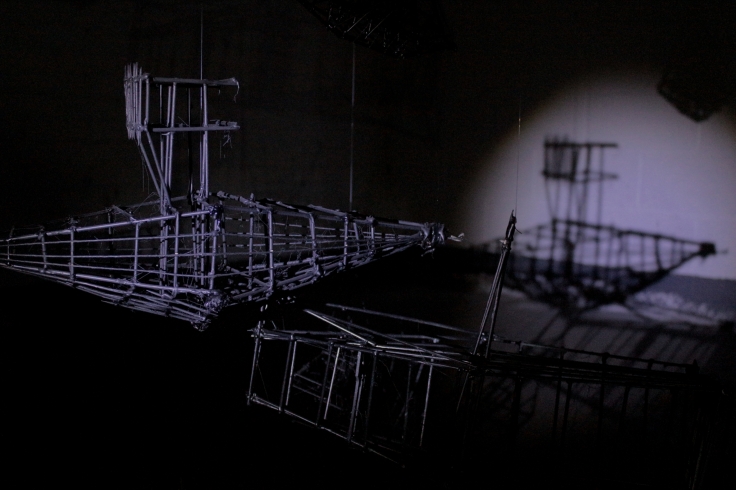 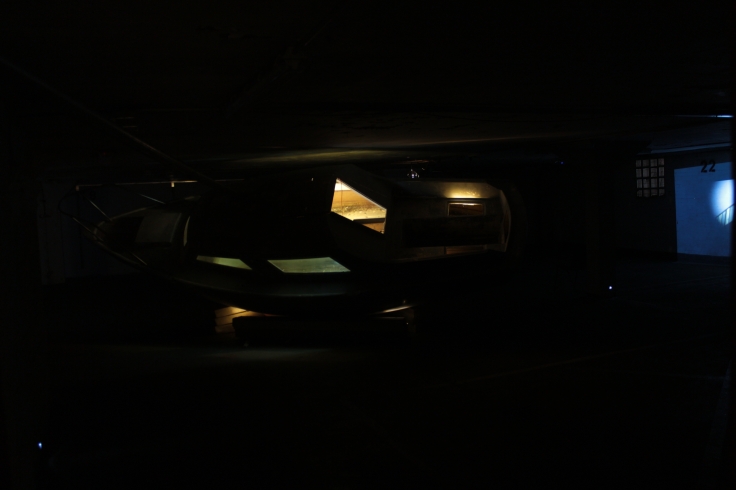 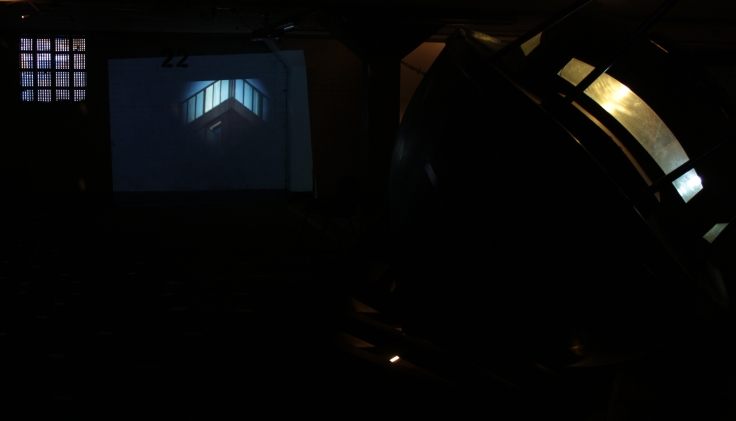 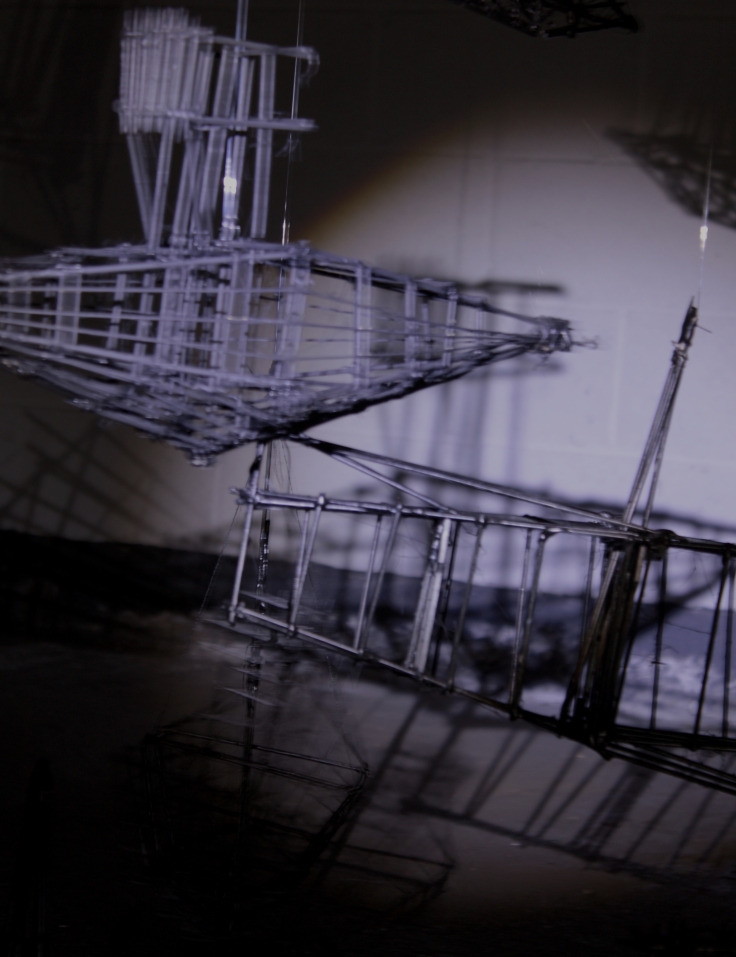 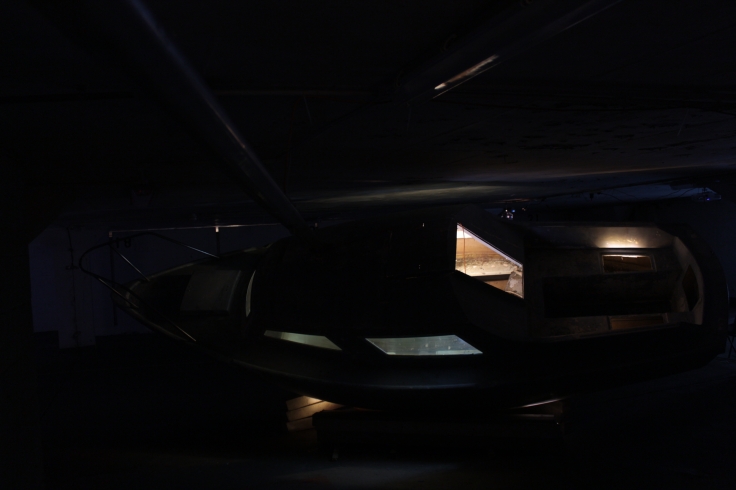 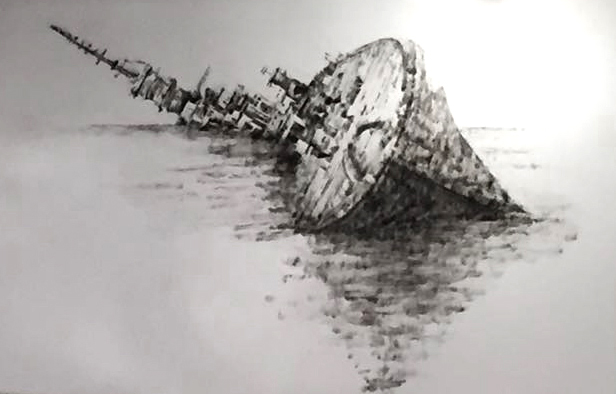 Images from the installation ‘Lost & Found” 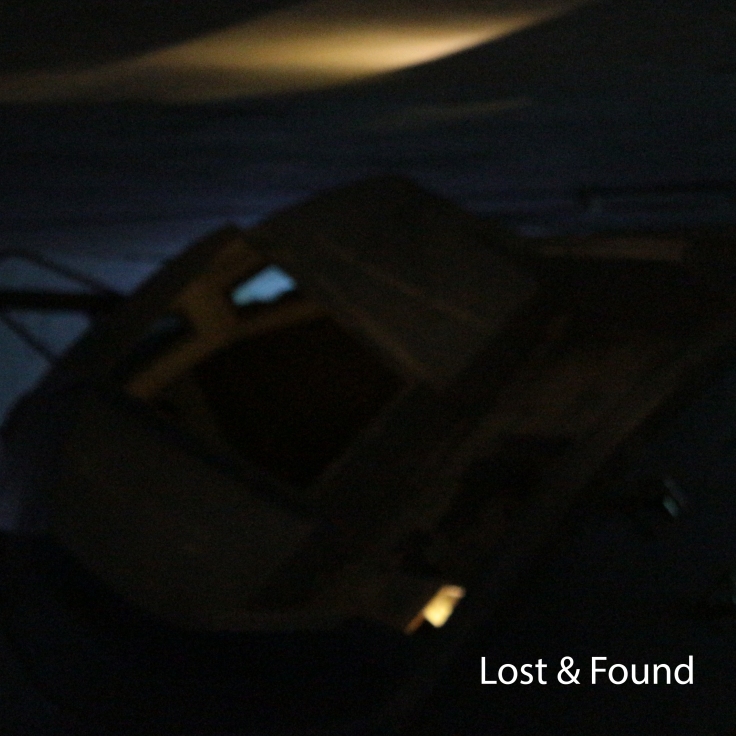 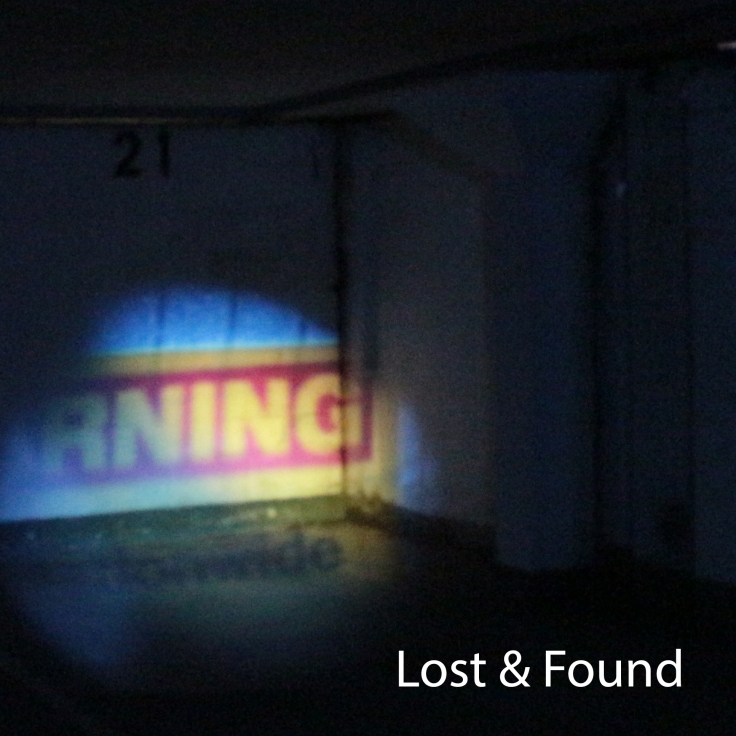 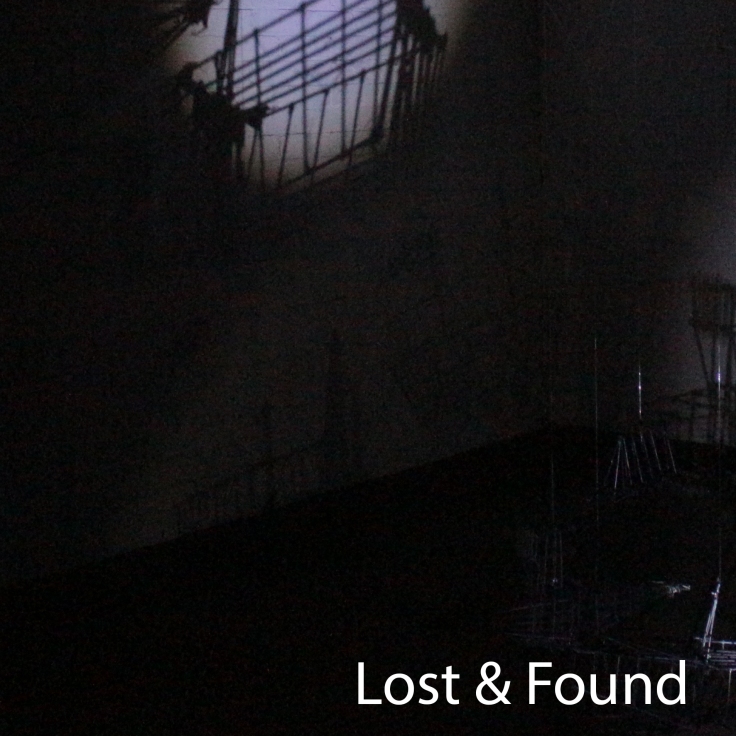 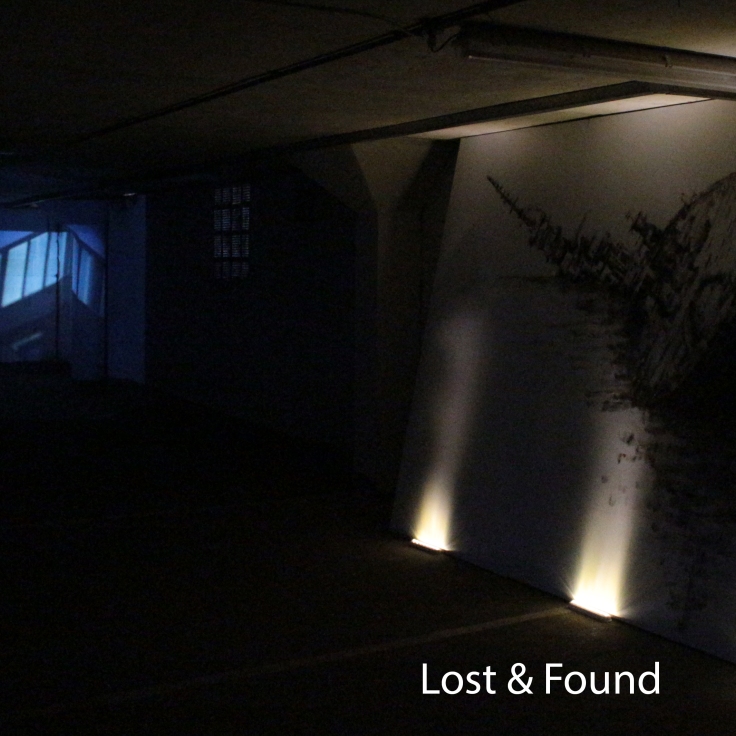 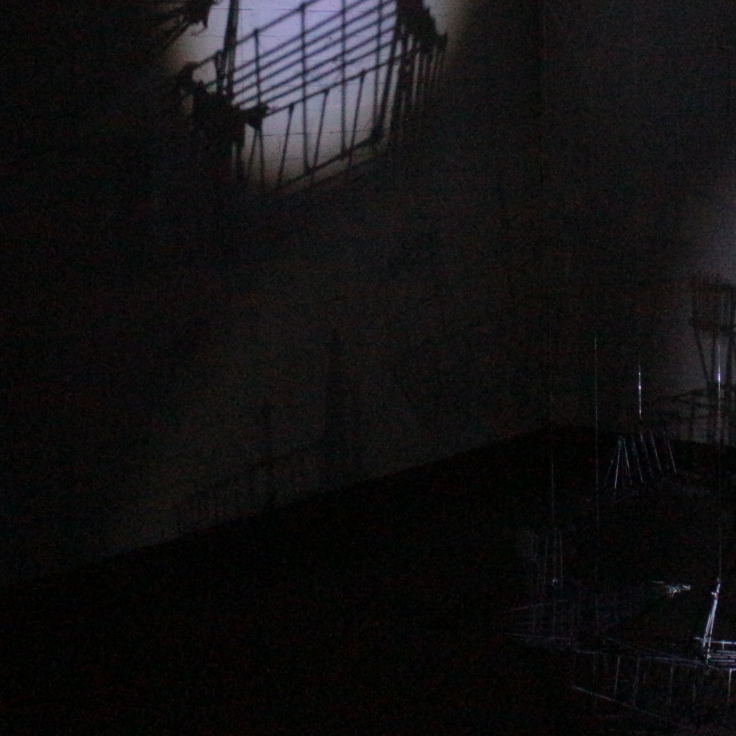 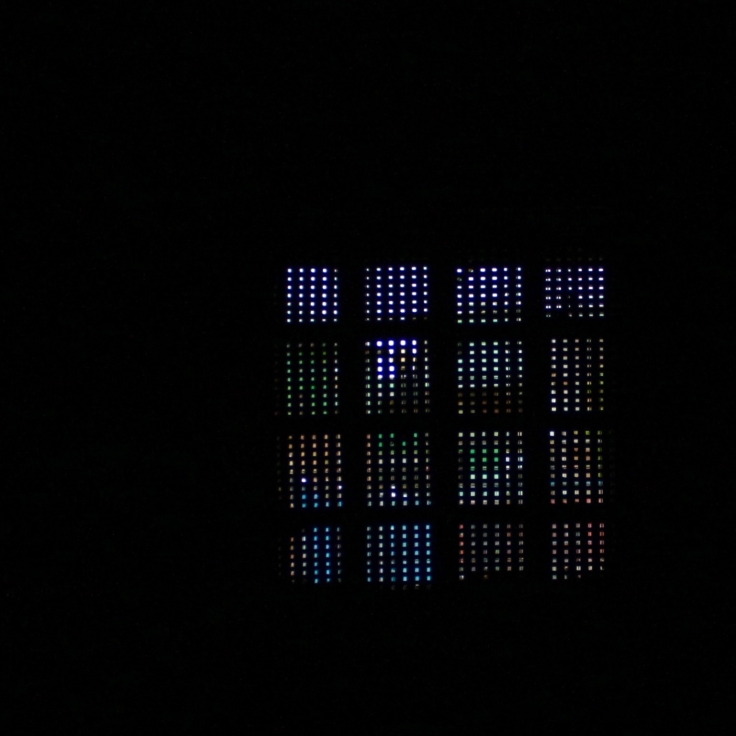 In his 1967 talk to architects on the theme of heterotopias (spaces of otherness), Michel Foucault cited ships as “the greatest reservoir of imagination”(1).   Ships and boats pervade literature, myth, ghost stories and folk tales, and seafaring communities have their own legends and superstitions that continue to filter through the imagination of generations who have not themselves left dry land.

Lost and Found is an installation created in response to a set of six tower blocks in the East Marsh of Grimsby, due for demolition in 2017. These buildings are the only high rise structures visible, apart from the dock tower. They afford an uninterrupted view across the estuary, and must equally have been visible as a beacon to those returning from sea. Since their construction in 1962 the tower blocks have been  occupied by residents of the Freeman St area,  the centre of the former fishing community in Grimsby, and the connection to the sea is still strongly felt.  There is a story that at one time a proposal to paint the towers green was met with disbelief by residents because of the superstition that it is  bad luck to paint a boat green.

The building, now almost empty of residents, has, like an abandoned ship, become pure space again: corridors, stairs, open spaces, subterranean storage, and even a crow’s nest. These are now spaces to roam through, navigating their labyrinthine circuits and ascending their heights in the last few functioning lifts. These can now, for a while, exist as spaces for the imagination.  Devoid of human sounds the buildings now hum and buzz, as electrical circuits and ventilation shafts keep the life support of the buildings working for a little longer.

Lost and Found is an installation located in one of the  garages between the tower blocks, not actually subterranean but  underneath the raised garden: a windswept, utopian communal space which, in its dereliction, is gradually turning into a meadow. Inside this cavernous space is a  boat, wedged in on its side, in an unnatural position, like the abandoned aftermath of a flood. There is something both alluring and haunting about a boat in the wrong place. This boat has no story of its own, and therefore  potentially, could become all stories. It looks as if it has either been dredged from the bottom of the sea, or has never sailed. There is something slightly strange about the scale of it, like a scaled up model boat, the kind children sail, and onto which they can project their dreams. The boat is mirrored inexactly by an elusively rendered smoke drawing of a shipwreck, Murmansk, photographic fragments and layered sounds.

(Peter Johnson has written an excellent essay on heterotopia and seafaring : 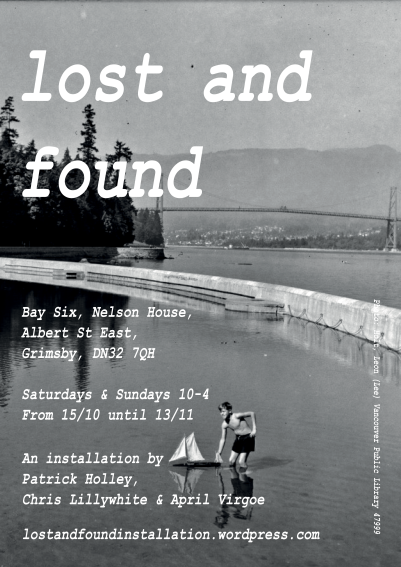 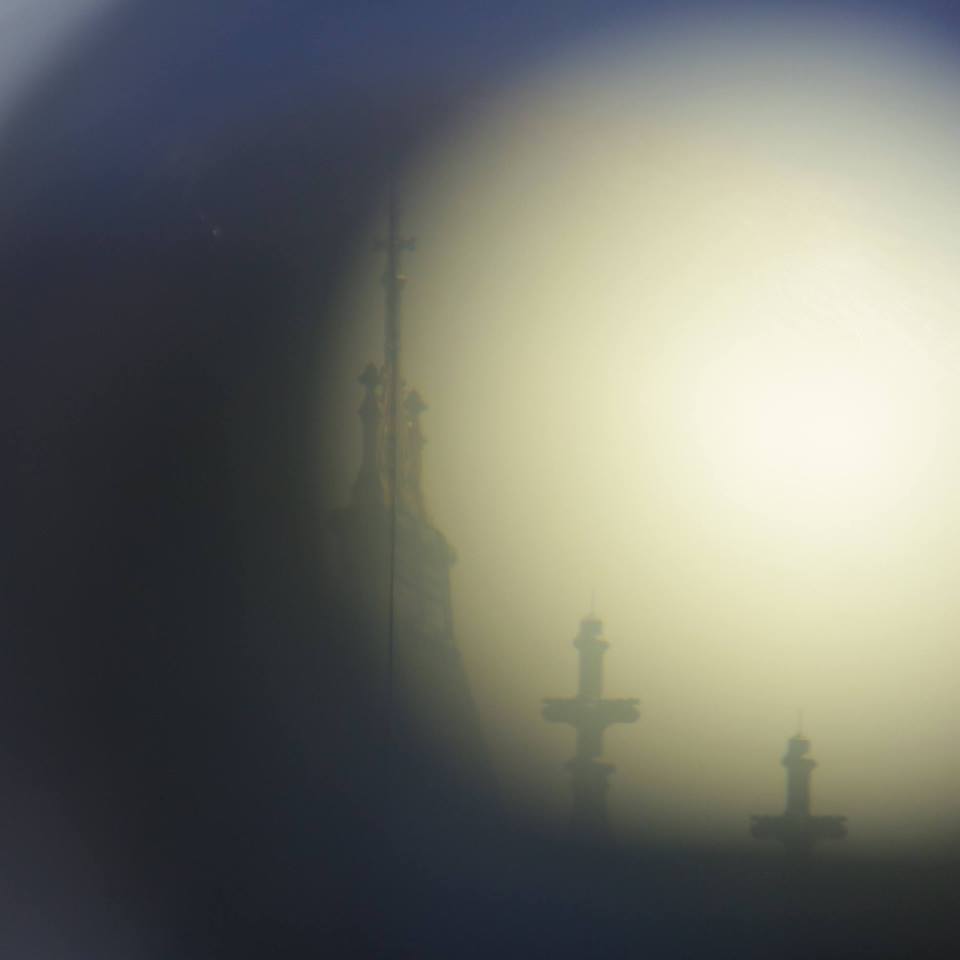 The installation will be unveiled on Saturday 15th October at the same time as Lightworks. This website will have information about the installation and images from Sunday 16th October onwards.